The vital distinction between social democracy and socialism

The meaning of socialism

The word socialism first appeared in 1827. Robert Owen defined socialism as “the abolition of private property”. Karl Marx took a similar line, and extended the idea of common ownership to the national economy. At least at that time, socialism and communism were virtually synonymous, especially in terms of their shared vision of the final goal. They both meant the common ownership of the means of production, and the end of markets and competition.

This view persisted throughout the twentieth century, including within the UK Labour Party. George Bernard Shaw wrote with approval: “Socialists are trying to have the land and machinery ‘socialised,’ or made the property of the whole people”. In 1908 the Labour Party Conference passed a resolution, adopting the aim of “the socialization of the means of production, distribution and exchange to be controlled by a democratic state”. In 1924 Sidney Webb summarized his view of socialism as involving “(1) Collective Ownership; (2) Collective Regulation; (3) Collective Taxation; and (4) Collective Provision”.

Similar views were found among Labour Prime Ministers. J. Ramsay MacDonald saw socialism as “a movement to supplant Capitalism altogether, by organising communally the services which Capitalism performs or ought to perform.” In 1937 Clement Attlee wrote of the “evils” of capitalism: their “cause is the private ownership of the means of life; the remedy is public ownership.” Attlee then approvingly quoted the words of Bertrand Russell: “Socialism means the common ownership of land and capital together with a democratic form of government.” 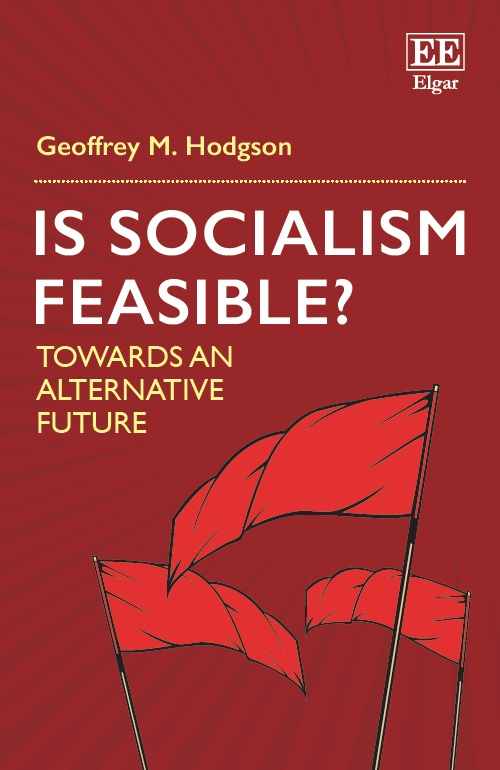 In my book Is Socialism Feasible? I show the persistence of this view of socialism. I also discuss several attempts to change its meaning, including by Douglas Jay, Anthony Crosland, Deng Xiaoping and Tony Blair. Blair tried to shift the meaning to social-ism, by replacing the goal of common ownership by vaguely-specified “ethical values” and a recognition that individuals are socially interdependent. This attempt to revise the meaning has not made much of a mark. 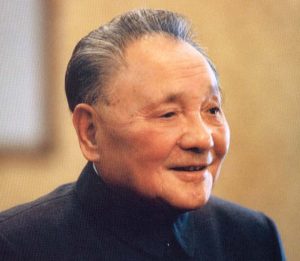 Note the subtle shift from property to prosperity. If that is socialism, then few people are not socialists.

But the original meaning endures. The Merriam-Webster Dictionary defines socialism as “a system of society or group living in which there is no private property” or “a system or condition of society in which the means of production are owned and controlled by the state.” This is remarkably similar to the original definitions of Owen and Marx.

Among prominent living politicians today, including Jeremy Corbyn, Bernie Sanders and Jean-Luc Mélenchon, Socialism has retained its original meaning, of widespread common ownership, or at least they have not renounced that original definition.

At the same time, leading Labour Party moderates who support a mixed economy continue to support “democratic socialism”. By doing so they give succour to the full-blooded socialist left, who are much closer to the enduring traditional view of socialism than the moderates themselves. We can pretend that the word socialism has shifted in meaning, but there is little evidence of a major and widely accepted change.

Moderate or otherwise, those using the “democratic socialism” label help to sustain the mistaken idea that socialism (in its enduring and prevalent sense) is compatible with democracy. History and theory both show that a totalitarian concentration of political power flows inevitably from the unmitigated concentration of economic power in the hands of the state that is associated with large-scale socialism.

A similar problem exists in the US, particularly after the recent election of a young group of socialists to congress, including the impassioned and eloquent Alexandria Ocasio-Cortez. Along with Sanders, they are members of the Democratic Socialist Alliance (DSA) within the US Democratic Party.

The DSA argues for “a vision of a humane international social order based both on democratic planning and market mechanisms”. They also argued that “widespread worker and public ownership will greatly lessen the corrosive effect of capitalists [sic] markets on people’s lives”. While, unlike many other socialists, the DSA notably accepts an enduring role for markets, its agoraphobic bias is revealed by the failure to mention the corrosive effects of bureaucracy on people’s lives.

In some statements, leading DSA politicians seem to favour Nordic-style, welfare state capitalism. But they have not made it clear that they support the large private sectors and financial markets that are prominent in all the Nordic countries. Instead, they go along with the abolition of capitalism. They distance themselves from the Communist regimes of the past. But while the experiment with socialism in Venezuela has led to a catastrophic human disaster, they fail to come out in full condemnation of that regime.

This helps Trump. Not only does he mobilise racist prejudices, he also uses their self-declared socialism to describe them as communist. Given that socialism and communism were (at least originally) virtual synonyms, this ammunition is handed to Trump by his most fervent opponents.

The changed meaning of social democracy

When Social Democratic parties were first formed in Europe in the nineteenth century, most were strongly influenced by Marxism. They were fully socialist in its original sense.

Some separation of meaning between socialism and social democracy occurred beforehand, but it was brought to a head by the onset of the Cold War in 1948. Europe as a whole, and Germany in particular, were divided between the Eastern and Western Blocs.

At its Bad Godesberg Congress in 1959, the German Social Democratic Party (SPD) made fundamental changes to its aims. It dropped its opposition to capitalism, and it abandoned the Marxist analysis of class struggle. The SPD declared:

“The Social Democratic Party therefore favours a free market wherever free competition really exists. Where a market is dominated by individuals or groups, however, all manner of steps must be taken to protect freedom in the economic sphere. As much competition as possible – as much planning as necessary.”

This explicit and fundamental change in aims in the world’s largest and most influential Social Democratic Party led to a separation of meanings of the terms social democracy and socialism. But it must be acknowledged that strong residues of old-style thinking persisted, in the SPD and in social-democratic parties in other countries.

There is a simple test to distinguish a socialist from a social democrat, according to currently prevalent meanings of those words.

To be a social democrat it is not enough to accept markets and a mixed economy, as Jeremy Corbyn, John McDonnell and the Democratic Socialists of America have done. After all, a mixed economy could be accepted as a temporary staging post in the transition to full-blooded socialism, as Vladimir Lenin did with his New Economic Policy in 1921.

A modern social democrat must go further. He or she must make a clear and positive case why markets, competition and a private sector are more than a temporary expedient. It must be argued that these things are indispensable, both for economic efficiency and the preservation of freedom. This is the acid test. The SPD in 1959 understood this point and it passed the test.

As far as I am aware, neither Corbyn, McDonnell, Sanders nor Ocasio-Cortez have made such a positive case for a permanent private sector. If I am right, then they are socialists, not social democrats. Despite their protestations, they are closer to traditional communism than to modern social democracy, as practiced in the Nordic countries and elsewhere. I would be delighted if they can prove me wrong.

Large-scale socialism is outdated, extreme and demonstrably incompatible with democracy. At least if these declared socialists want to win parliamentary majorities and form governments, then they have to change their terminology, and dispose with outdated and unfeasible ideas.

But while Nordic social democracy remains remarkably successful (as I show in my book Is Socialism Feasible?) the social-democratic brand throughout Europe has declined in electoral support. Although re-naming is necessary, much more than renaming is required. The abandonment of the socialist label is but a first step. But that is another story.

Owen, Robert (1991) A New View of Society and Other Writings, edited with an introduction by Gregory Claeys (Harmondsworth: Penguin).

This site uses Akismet to reduce spam. Learn how your comment data is processed.